“Politics is a man’s game.”

I’ve had plenty of people say this to my face.

The media is obsessed with these issues as well and they rehash the same headlines every election.

“Are Canadians willing to vote for…..a woman/ a person of colour/ someone with a turban/ Thomas Mulcair’s beard?”

Despite everyone’s talk about inclusivity, the narrative is constantly brought up that you can’t look or act or seem different in any way or Canadians just won’t vote for you.

I’ve never believed that is true, and I wanted to prove them wrong once and for all.

I commissioned an independent polling company to ask Canadians who would make the best leader for our party simply based on the candidate's biographies*. And I included every attribute I was told would work against me.

The results? Overwhelmingly Canadians responded that those issues wouldn’t matter.

From coast to coast Canadians made it clear that not only was being a woman of colour not a drawback, my biography when considered all together was selected as the best choice to lead our party into the next election. 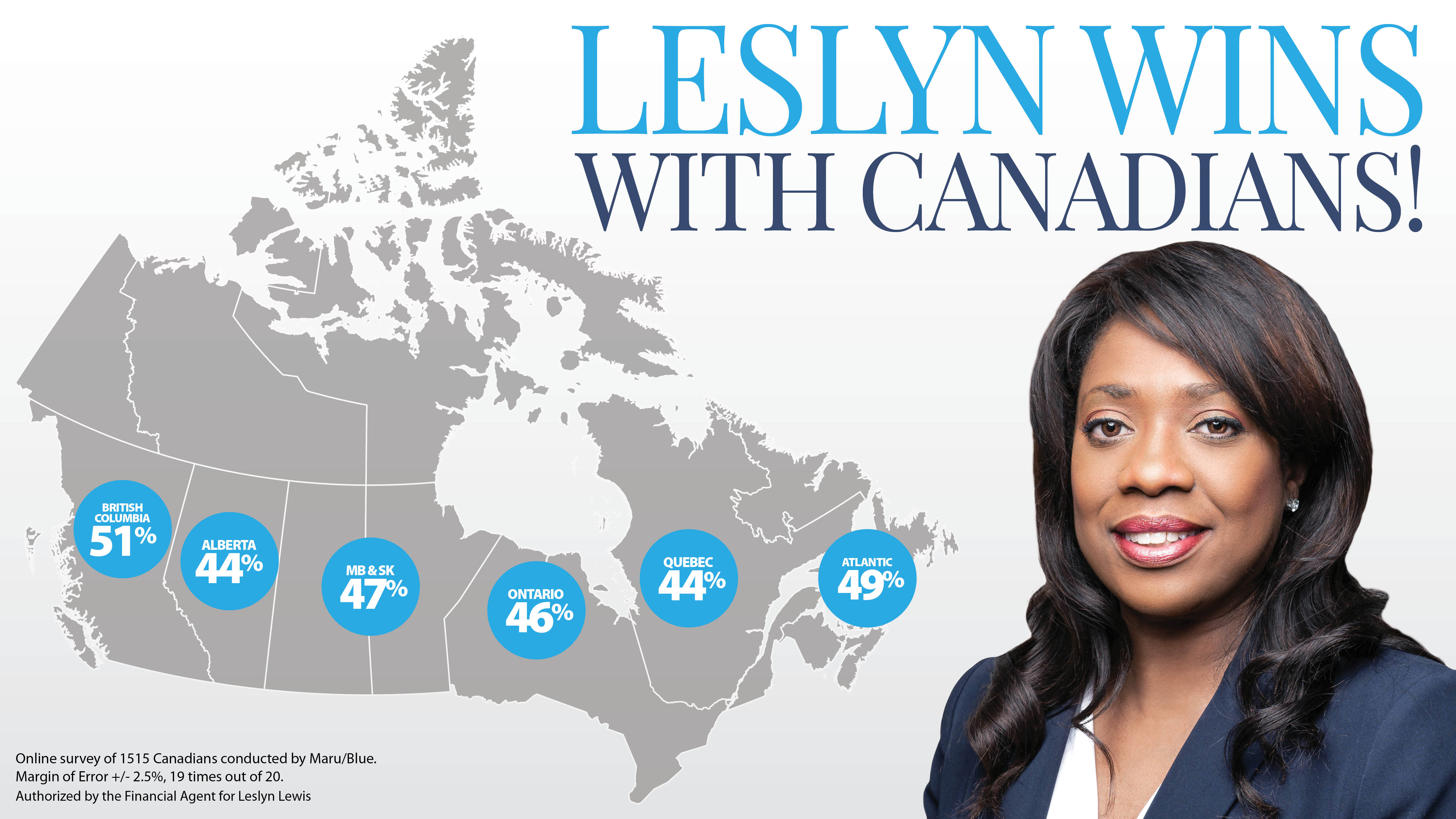 That's because my experience running my own law firm and fighting Justin Trudeau’s attacks on small businesses connects with Canadians.

Because they believe that my Masters in Environmental Studies is what will match up best against Trudeau when we’re fighting to repeal his Carbon Tax grab in the next election.

As I’ve talked with thousands of Canadians I have seen how ready Canada is for someone who doesn’t match the profile of a typical politician.

It's my PhD in international law that gives me a unique ability to ward off foreign encroachment on our sovereignty and to stand up to global organizations like the UN and the World Health Organization.

It’s my real-world life experience that connects. That lets Canadians know I understand what they have been dealing with the last five years and through COVID-19.

While running for the Leadership of our party I’ve still been trying to make business decisions to make sure my firm and my employees come through this crisis ok.

I’ve had to help my kids with completing their school year from home.

I’ve been navigating this crisis like everyone else, and I can clearly see the path forward to lead us out of it.