Why We Need Leslyn Lewis

The next election is going to be won by the candidate who Canadians believe has their best interests at heart.

That’s why I strongly believe that we need Leslyn Lewis to be the leader of our party when Canadians next vote on who should be prime minister.

Her warmth and approachability is something rarely seen in the political world. She speaks with an honesty and sincerity that connects with Canadians all across the country.

When the issue of firearms comes up in the next election I want Leslyn Lewis representing Canadians who want to see real action on crime and criminals, instead of targeting law-abiding hunters, farmers and sport shooters.

I want Justin Trudeau to have to explain to a mother from the GTA why he hasn’t done anything to tackle gang violence and gun smuggling but instead wants to spend hundreds of millions on a confiscation program that will not improve public safety.

The simple fact is that Trudeau believes that he has an inherent right to all the votes from the GTA and Leslyn Lewis flips that script right on its head.

In fact, I think a mother from the 905 with experience arguing criminal law in court is the last person he is going to want to see in the next election.

Here are two questions to ask yourself if you haven’t made up your mind about who to vote for yet. First: who is going to stop Justin Trudeau from continually chipping away at your rights as a Canadian citizen? And, who is going to actually make Canada a better country for our children and grandchildren?

For me, Leslyn Lewis comes first on both counts.

The Conservative party needs Leslyn Lewis to lead us into the next election. 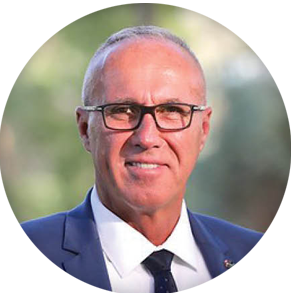