Leslyn is the unity leader

There is only one way Conservatives can win the next election:

Justin Trudeau built a united coalition in 2015, and then in 2019 when his coalition began to crumble, he focused on dividing the country in hopes nobody else could unite it.

We now have a fractured nation, as regional discontent and alienation festers in every part of our country.

We need a leader who will give a voice back to the hurt and disillusioned. Someone who believes in democracy and the freedom that built our nation in the first place.

Someone who has the strength and humility to listen to people with different opinions and viewpoints. Someone who doesn’t tear people down if they don’t agree on everything.

That leader is Leslyn Lewis.

If you read the recent Macleans feature on her this past week you would see what I see. Leslyn is a woman who stands her ground and will fight for what’s right instead of slipping neatly into whatever simple box people have for her.

When I was reading the article, this paragraph jumped out at me.

“What Lewis doesn’t abide is being told that because she is Black, she should necessarily agree with all the tenets of Black Lives Matter (she doesn’t), work to defund the police (she won’t), rake Prime Minister Justin Trudeau over the coals for his history of blackface (she forgives him) or support the dismantling of monuments to figures deemed problematic for their views on race (she thinks that’s an erasure of history).”

We need a leader who isn’t going to be pulled to and fro by daily opinion polls. Or worry about what the media will write about her. Someone who will stand up for Canada and Canadians. Someone who listens to the pain coming from many parts of our country that the government has ignored and shows real leadership in bringing us all together.

When you mark your ballot in the coming days, vote Leslyn Lewis for a united Canada. 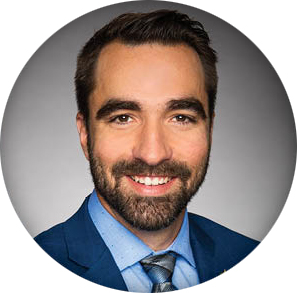