Members from coast to coast to coast have all said it or thought it at some point: we can’t keep doing the same thing as a Party if we want to win the next election.

I’m proud to support Leslyn Lewis in this race, because I believe she is a breath of fresh air who will help attract new and different voters into our big tent Party.

But feelings aren’t enough. What do the numbers say?

We hired a polling company with no affiliations to any candidate, including Leslyn, to ask Canadians if they would be open to voting for someone who is not a current or former Member of Parliament.

And here's the results: 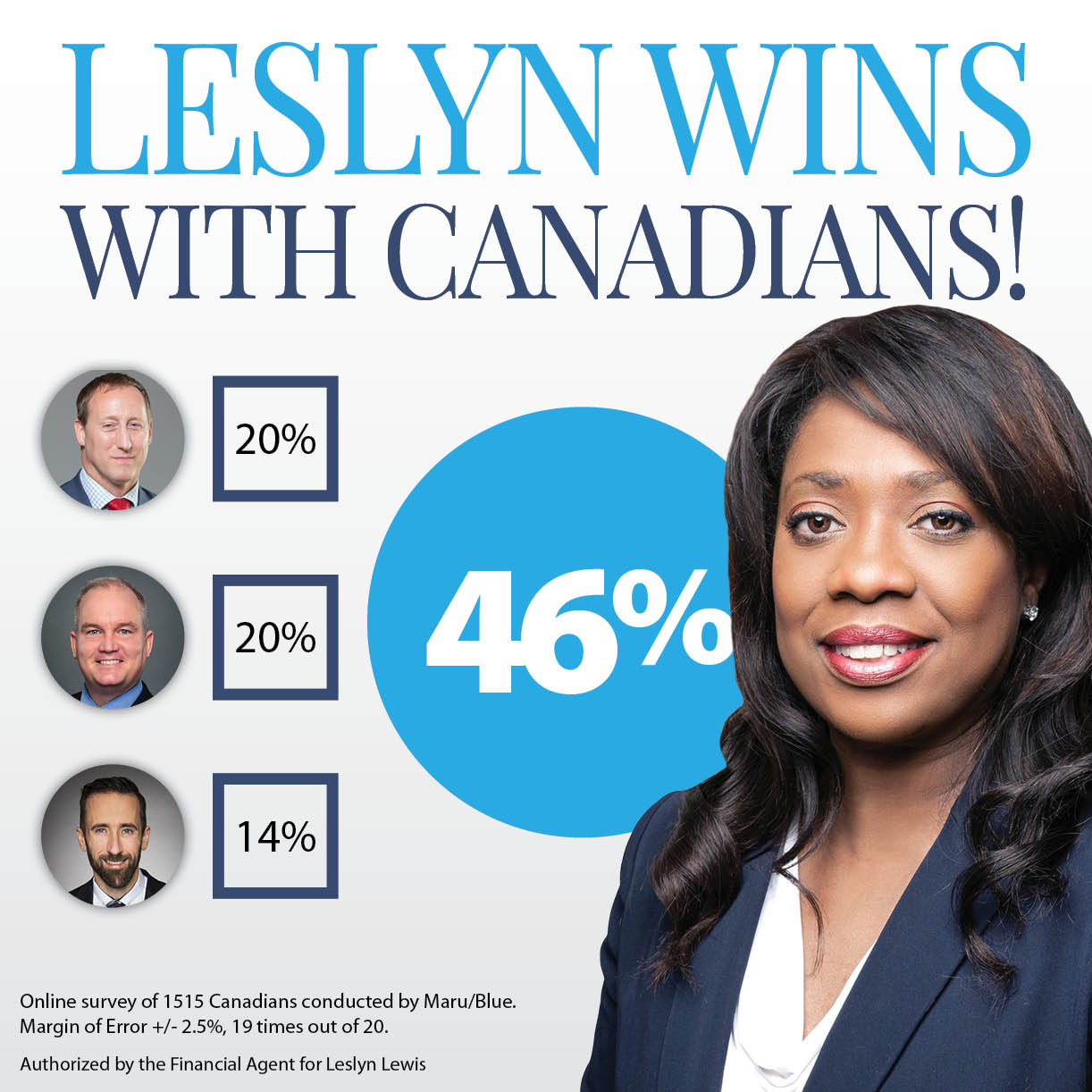 Canadians are looking for a fresh, new alternative in the next election. They want to be excited to vote for the CPC again.

Leslyn is that candidate.

In the coming days we will share more of these polling results. It will show that a candidate with Leslyn’s bio is best placed to win votes from groups that Conservatives need behind us to win the next election: women, millennials, and more.

We need a leader who will stick to their Conservative values. Leslyn is that candidate.

And we need a leader who can effectively win over Canadians and end Justin Trudeau’s time as Prime Minister. Leslyn is that candidate.

These numbers show what we all know: it's time for the CPC to do things differently.

Stay tuned for more results in the coming days.