The number of donors a campaign attracts is an important sign of the support and enthusiasm a candidate has earned.

This was the first glimpse we got into regional fundraising breakdowns, and the numbers show the race is shaping up to be far more interesting than what many thought it would be when it began.

Leslyn is leading when it comes to individual donors in British Columbia, Ontario, PEI and Saskatchewan.

She is third place in Newfoundland and Labrador and Quebec.

She is second in every other province and the Territories, including a very, very close second in Alberta and Manitoba.

Scroll down to see the stats for your home province or territory.

On the West Coast, there were a significant number of donations for all candidates. When the dust settled and the numbers were counted, Leslyn was leading the pack. 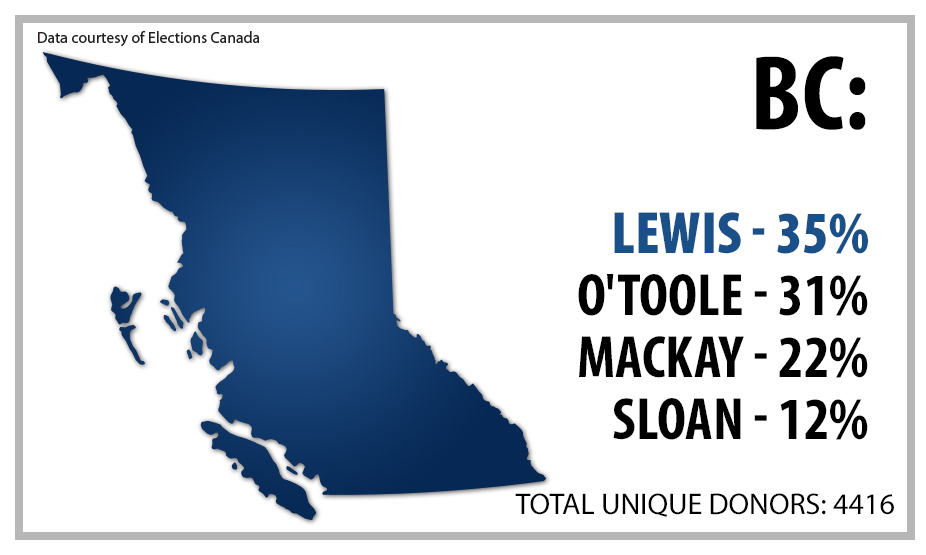 The wonderful people of Saskatchewan embraced Dr. Lewis early on in this race, and we appreciate their bedrock support! Leslyn has almost as many donors in SK as all other candidates combined.

In Manitoba, Dr. Lewis trails Mr. MacKay by a mere 1% of total donors. In Alberta, it's just as close. Even with an early endorsement by Premier Kenney - for whom I hold a tremendous personal respect - Dr. Lewis is only 1% behind Mr. O'Toole. 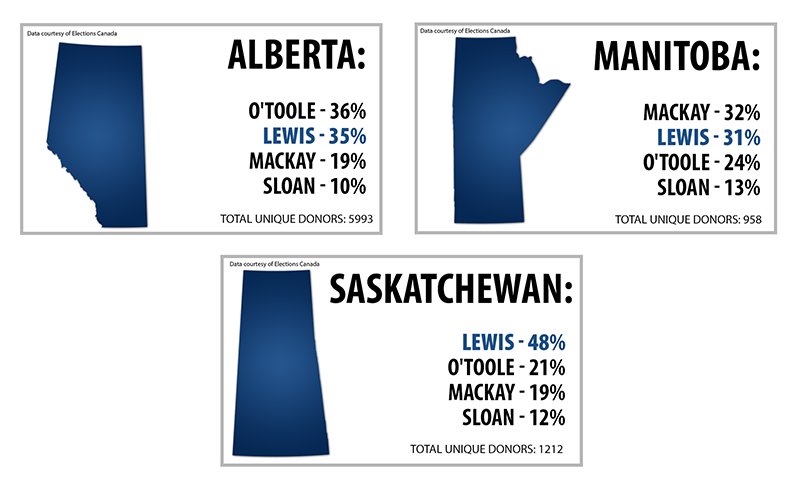 Click here to add another donation from the Prairies!

Leslyn is first in Nunavut, tied for first in the Northwest Territories, and second in the Yukon. When you group the donations together into one region, she is a close second when it comes to donations across the three Territories. 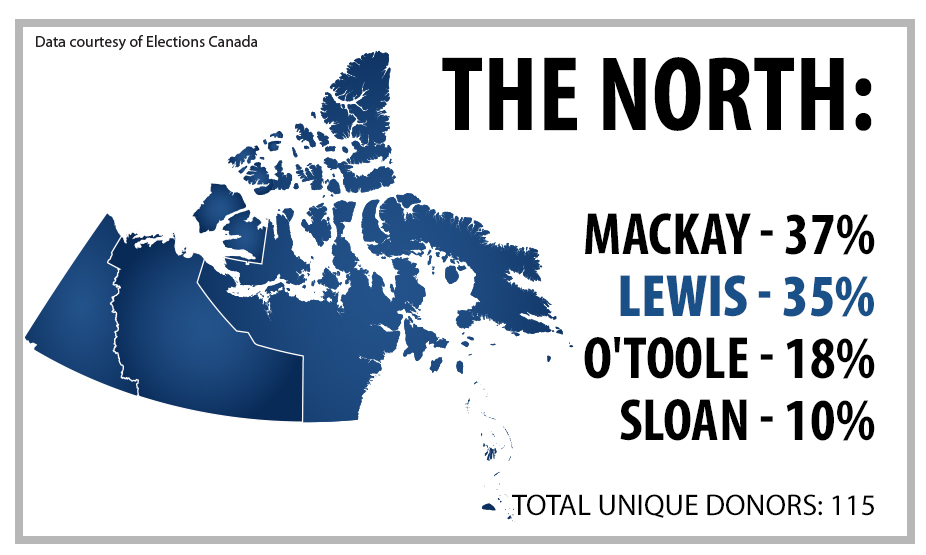 Click here to add another donation from The North!

We all know that Ontario is a key battleground in any election, and Leadership races are no different. Dr. Lewis comes out on top when it comes to donors in her home province.  If our party is looking for a leader that can make serious gains in Ontario, Leslyn has proven that she is connecting with voters in this crucial region in a meaningful way. 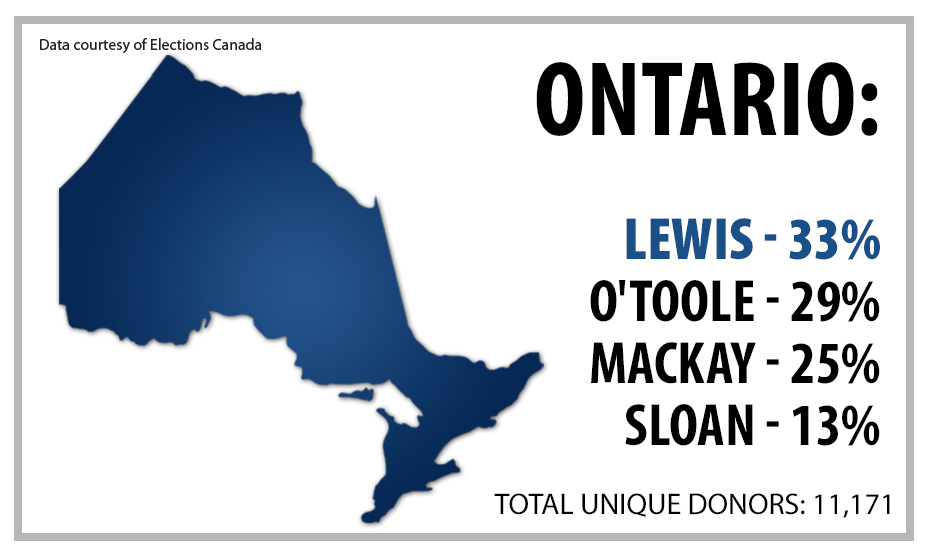 Conventional wisdom states that Leslyn would not be able to garner support in Quebec. But over 20% of individual donors from within the province gave in support of her Leadership bid. 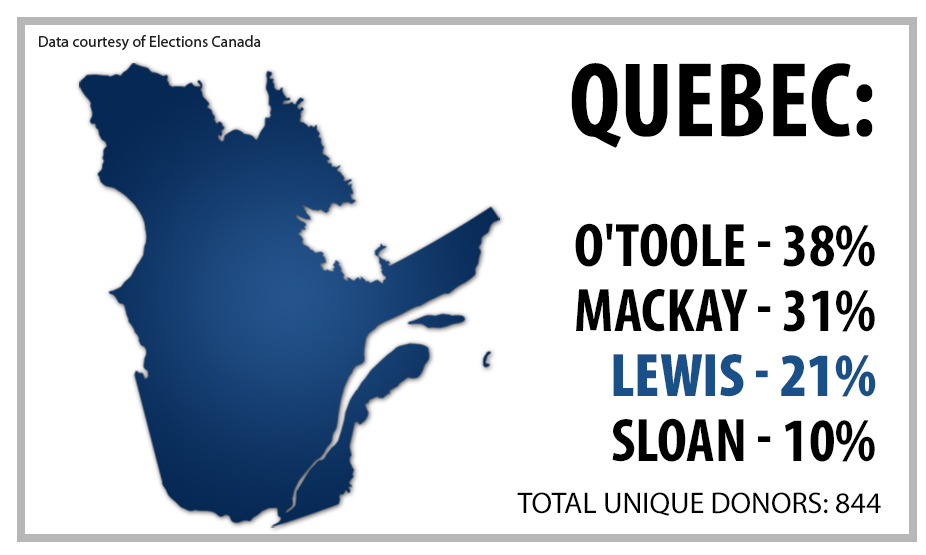 On PEI, Dr. Lewis edged out Mr. MacKay as having the most donors on the Island.

As a Nova Scotian myself, I'm not at all surprised to see strong support for Peter MacKay in my home province. But Leslyn has firmly landed in second place in NS and NB, and as mentioned earlier, is third in Newfoundland and Labrador. 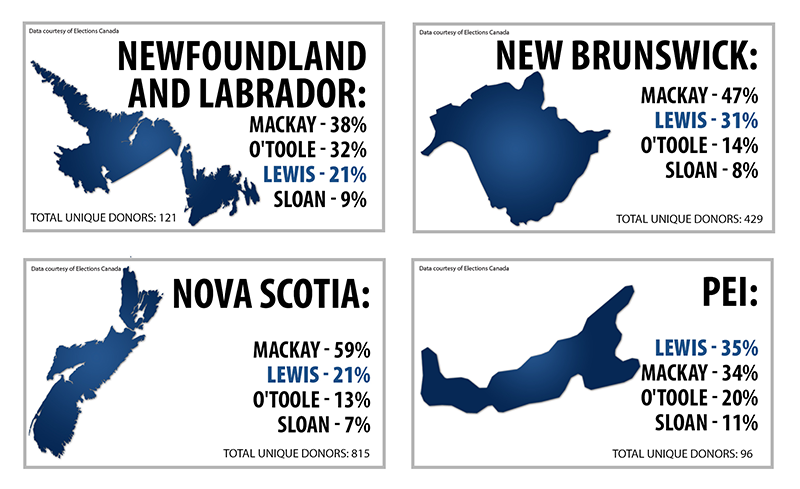 Click here to add a donation from Atlantic Canada!

You may have seen the Canadian political podcast The Herle Burly discuss donation numbers as "the iceberg effect." It gives a glimpse into something much larger happening below the surface.

Some people have been making the case that the outcome of this Leadership race is a foregone conclusion.

It's the members who will have the final say. And choosing the candidate who is connecting strongest in a Conservative bedrock like Saskatchewan AND a battleground like Ontario would put us in a strong position heading into the next election.