We’re on the verge of making history.

When I first jumped into this race, I honestly didn’t know how I was going to get 3000 signatures from 30 EDAs across ten provinces just to qualify.

I didn’t have a lengthy Rolodex of political contacts and operatives. I decided to start with the not-for-profit organizations that I have done work with in the past and start an organic movement from there.

But something else incredible has happened instead.

As I took a chance on stepping forward as simply a grassroots member of the party, the grassroots of our party responded.

We didn’t just make it - thanks to the support of so many Canadians we blew past it with days to spare, raising an extra $147,000.

And since then I have been a witness to history being made, just as much as I’ve been part of it.

A true movement of courage, compassion and common sense is growing.

In fact, instead of simply being happy to make the final ballot, our campaign has turned into the fastest-growing political movement in Canada.

Figures reported tonight by the Globe & Mail confirm that we shot past the "front runners" over the last two months to lead in individual donors. 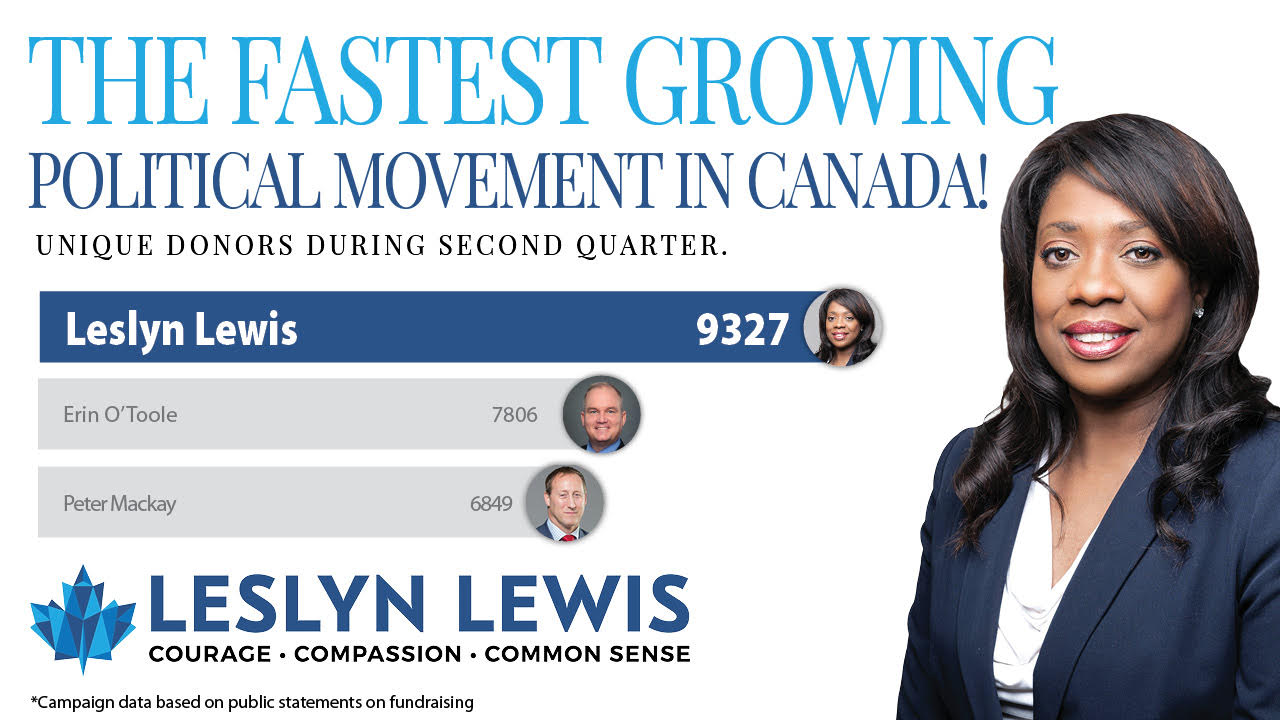 That's an increase of 260% for our campaign! And we didn’t simply increase our fundraising momentum. Based purely on connecting with the grassroots of our party across the country, we raised nearly $1 million dollars in just the last two months. Even with COVID shutting down fundraising for a month, we saw our quarterly fundraising shoot up by a whopping 122% 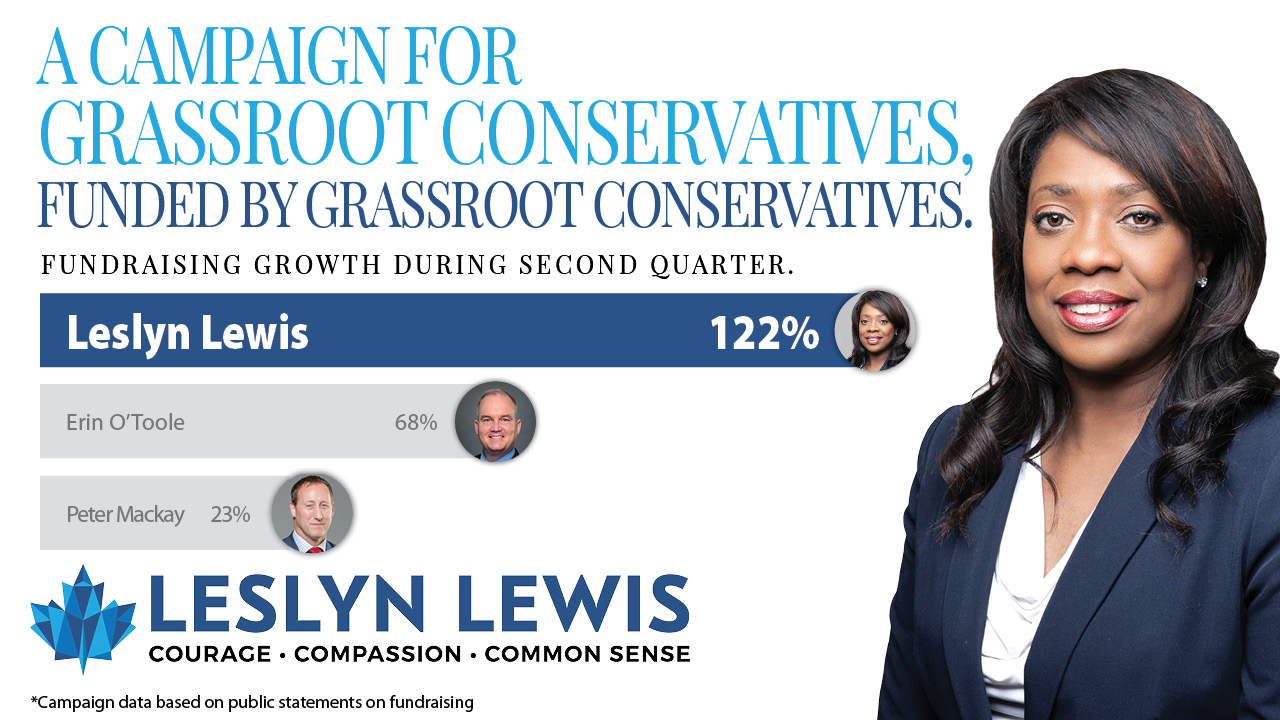 What this proves beyond a shadow of a doubt is that this campaign is not about me. It’s about a vision for Canada that Conservatives members and Canadians across the country are desperate to see.

A positive and hopeful vision for the future based on courage, compassion and common sense.

A vision for a Conservative party that is unafraid to discuss the most difficult issues of our time.

That has room in it for every kind of Conservative.

We’re in it to win it and with your help, we’re going to build a strong, and united Conservative party that can defeat Justin Trudeau.