Fighting for Freedom of Speech

There has been a trend on social media this week, where people post photos of themselves when they were 20 years old. Here's a shot of me around that age, when I was a student at Osgoode Hall Law School.

This is when I started to experience firsthand the need to fight for freedom of speech in Canada. 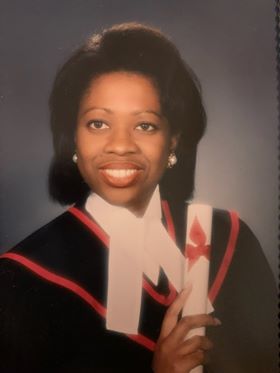 As most young people, I was learning about what was important to me, and which politicians and party represented my values best.

The more I studied the still young Reform Party, the more I felt it was a good fit. Reform MPs were making the case for fiscal restraint in government, and putting tough questions to the Chretien Liberals about the ways things worked - or didn't - in Ottawa.

I asked Reform Leader Preston Manning to come Osgoode Hall to speak to students, and engage in a Q&A session.We began discussions with Preston's team, and Preston even graciously offered to make a donation to our Black Law Students Association.

But that presentation never happened.

Aggressive talking points and mob mentality shut everything down, and the opportunity was lost.

Later I would go on to work in academia. I routinely saw that "employment equity" was simply about finding people who held "anything but conservative" ideologies.

Fast forward decades later, and sadly, things are worse. Protests have popped up on campuses across Canada and the US when conservative voices come to speak.

I believe that as conservatives, we need to push back against political correctness. We must stand up and fight for free speech.

As the next Prime Minister of Canada, I will withhold federal research funding from universities and colleges that do not respect freedom of speech on campus.

Our team continues to grow! In the past few days we have announced three more endorsements: MP Jeremy Patzer from Saskatchewan, MLA Patterk Netser from Nunavut and former MP Reed Elly from British Columbia.

I want to thank Jeremy, Pat and Reed for the fresh enthusiasm and energy they bring to the campaign. I'm thankful for them, as well as MPs Richard Bragdon (NB), Rosemarie Falk (SK), Tamara Jansen (BC) and Cathay Wagantall (SK) for their support.